How parents can help young people who feel ‘different’

As Childline launches its Nobody is Normal campaign, its experts and a psychologist explain how parents can help kids who feel they don’t fit in.

Children don’t usually like to be different from their friends – but as we’re all unique, it doesn’t take much for them to feel like they don’t fit in.

Childline (childline.org.uk) hears from thousands of children and young people every year who talk about feeling like they don’t fit in or don’t feel ‘normal’, often because of their body image, sexuality or gender identity.

Such cries for help have increased during the pandemic, says the NSPCC-run charity, and in response it’s launched the new campaign Nobody is Normal (childline.org.uk/info-advice/your-feelings/normal) to highlight that feeling like this is a shared experience for young people.

“During the pandemic we’ve heard from many children who, after being cut off from important support networks, were feeling isolated, anxious and insecure,” says Childline service head Wendy Robinson.

“For many young people, this exacerbated their worries on a range of issues and we saw an increase in contacts about body image, gender and sexuality.

“It’s really important children feel able to speak openly about their worries, as this can help them see other children are coping with similar issues. There are plenty of ways parents can support with this too. No matter how isolated children feel, they are not alone.”

And clinical psychologist Dr Genevieve von Lob (drgenevieve.com), author of Happy Parent, Happy Child, adds: “It’s common for children and adolescents to feel they’re not normal, and don’t fit in. They’re experiencing so much change, developing a sense of their own identity, and getting to know who they are and where they belong.”

But she agrees there are many things parents can do to support their child, and here, she and Robinson outline three issues children and young people have contacted Childline about, and how parents can help…

1. My daughter hates the way she looks and compares herself to her friends and celebrities. How can I support her?

Robinson says: “There can be a lot of pressure to look a certain way and fit in with everyone else, and young people can be very affected by what others think and say about them.

“We know children are spending more time online during the pandemic, which means they’re likely to be more affected by what appears like ‘perfect’ images on social media. You can help improve your children’s confidence by encouraging them to not compare themselves to people they see online, or in the media. Remind them nobody’s perfect, and we’re all different, special and unique in our own way.”

Von Lob says parents should be mindful of the ways they focus on appearance. “Avoid complimenting your child’s appearance and instead praise qualities such as kindness, determination, how your child treats others or the effort they’ve put into something. By identifying their inner strengths and positive qualities, young people can start to believe in themselves and project an inner confidence that shines more brightly than any of the photoshopped images they see online,” she says.

It can also help to acknowledge the darker side of the fashion industry and that many celebrities your child admires will often have their own struggles behind the glossy façade, she says. Discuss examples of your child’s favourite celebs who’ve opened up about their own mental health issues.

“Help them see that despite what seems to be the ideal life, everyone’s vulnerable to feeling inadequate, insecure and low in self-confidence, and the reality isn’t always as perfect as it appears.”

Discussing healthy eating and exercise with your child may also be beneficial, she says, and it can help if you as a parent adopt healthier exercise and diet routines, focusing on feeling wholesome and energised rather than measuring weight.

Robinson stresses that some young people know who they’re attracted to from a young age, but it’s not so simple for others. “It’s important young people feel supported to talk openly when they’re ready,” she says. She points out that many schools have a teacher to represent the LGBTQ+ community within the school, so parents could find out who can support their child if they want the school to know.

“Taking the step to talk about it at school is different than sharing it with family, so remind them it’s okay to wait until they feel ready,” she suggests.

“Coming out can help young people feel less isolated and more accepted, but there’s no right or wrong time. Some may worry about how others will react, which can make them feel isolated or scared. Let them know nobody should make them feel bad because of their sexuality – they have the right to be who they are and that should always be respected.”

Von Lob says parents should let their children know they’re available if they want to talk. “Often teenagers don’t like to be put on the spot,” she says, “so pick your moment, such as when you’re in the car together or just before bed.

“Let him know he can vent all his frustration and discuss his struggles. Sometimes the greatest gift you can give is the silence of your undivided attention. Young people don’t expect their parents to have all the answers, but supportive listening can be more valuable than any words you say. They need to know you’ll always unconditionally accept, love and support them for being exactly who they are.”

3. My child says they want to find out more about being transgender, as they don’t feel comfortable with their gender. How can I help?

Robinson says some children might feel they can’t express their identity, and parents should reassure them they’re not alone, and feeling confused about gender is something other young people experience too. “Let them know you’re there to listen whenever they want to talk – sharing how they feel might be scary, but it can help them develop their understanding and confidence,” she advises.

Encourage your child to write down how they’re feeling, she suggests, or to talk to a friend they trust. “Remind them everyone has the right to be who they are and not to be discriminated against for being transgender,” she stresses, pointing out parents and children can also talk to their doctor about support and ways to cope.

Von Lob says it can be normal for parents to feel shocked or confused at discovering their child may see themselves very differently to them. But she says it’s important to accept your feelings so you can best support your child.

“If your child is questioning their gender identity, it’s important to allow them space to explore – which might mean letting them experiment with different ways of dressing, presenting themselves, or even using different names,” she says. “A child’s gender identity can be fluid, and they need your support, encouragement and above all acceptance as they seek to become more at ease with who they are.”

However, she says it’s crucial to seek professional advice and avoid imposing self-diagnosed labels, and adds: “Some young children will grow to be more comfortable in their birth gender, while others may find themselves somewhere on a wide spectrum of possible identities. Finding the right support on this journey can make all the difference.” 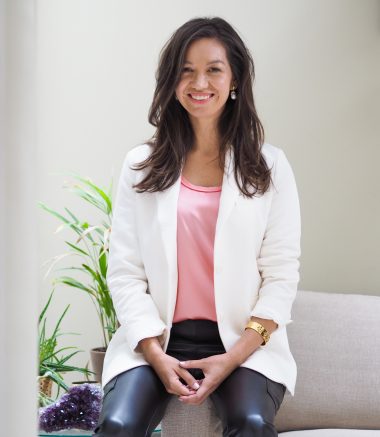 Music: Royal Blood storm back with new single ahead of their third album