What was your #LastNormalPhoto? Social media users recall carefree moments before lockdown...

As the country marks a milestone of one year since lockdown began in the UK, people have been taking to social media to share the last “normal” photo they took before having to hunker down last year. 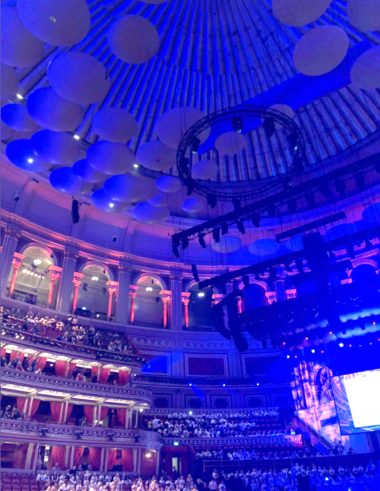 On Twitter, the hashtag #LastNormalPhoto offered a flashback to the final moments of normality before national restrictions came in to place, with people remembering sporting events, pub lunches, and casual meetings with family and friends.

She said: “It was the Hertfordshire Schools Spectacular and the place was packed, huge crowds outside afterwards as everyone tried to find their kids.

“It does feel strange to look back on. A glimpse into the world as it was.”

Calum Taylor shared the moment a rainbow entered Murrayfield Stadium (below) in Edinburgh during a rugby match, shortly before sports were no longer able to go ahead. 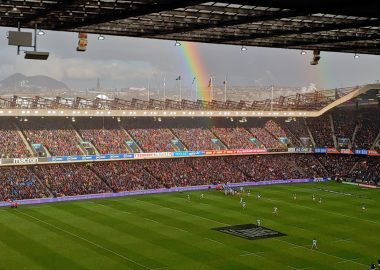 Some of the images were more foreboding.

“The first realisation that things were most definitely not normal anymore,” she said on Twitter.

Celebrities were by no means exempt from the dramatic changes to our lives, and presenter Nick Knowles shared an image of himself at Cheltenham Races with former England rugby star Mike Tindall before socialising was banned.

People across the UK have taken part in a minute’s silence to remember Covid-19 victims, marking one year since the first lockdown began.

The London Eye, Tate Britain, Blackpool Tower, the Scottish Parliament, Belfast City Hall and other buildings were also lit in yellow this evening to mark the occasion.

Prime Minister Boris Johnson, who has offered his “sincere condolences to those who have lost loved ones” also observed the silence.

The Prime Minister took to social media this evening adding:

“When people come to describe this pandemic to future generations, we’ll tell the story of the heroes of the NHS and social care, of pharmacists, teachers, armed service personnel, shop workers, transport workers, the police and so many others.

“In the end this was unlike any other struggle in my lifetime, in that our entire population has been engaged, and it’s thanks to all of you therefore that we can continue on our roadmap to freedom.

“And cautiously but irreversibly, step by step, jab by jab, this country is on the path to reclaiming our freedoms.” 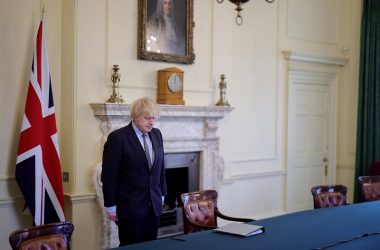