Who are the contenders for Christmas number one?

Liam Gallagher, Jess Glynne, Matt Lucas and Robbie Williams are said to be among the contenders for this year’s Christmas number one.

The Official Charts Company has included the acts on its list of challengers for the 2020 festive top spot.

Former Oasis star Gallagher is on the list with All You’re Dreaming Of, while Glynne’s cover of Donny Hathaway’s This Christmas is also suggested as a potential chart-topper.

Comedian Lucas has put a festive spin on his successful charity song Thank You Baked Potato, which was released earlier this year to raise money to feed NHS workers, by recording Merry Christmas, Baked Potato.

Williams’s Can’t Stop Christmas is also likely to be in the running, along with Sam Fender’s Winter Song.

Becky Hill’s Forever Young, Nathan Dawe and Little Mix’s No Time For Tears, and It’s Christmas Time, It’s Time To Lash by Rigaid are also named among the contenders.

Martin Talbot, chief executive of the Official Charts Company, said: “After such an extraordinary year, Christmas is sure to feel more special than ever – and, of course, the Christmas number one race will be one of the highlights again.

“This year’s race will also feel extra special because the festive chart-topper will be announced on Christmas Day, so we are delighted to fire the starting pistol and unveil some of the key contenders.

“This year, the contenders will be aiming to wrest the Christmas number one title from LadBaby, who has taken the title for the past two years – and there are plenty of big name contenders.

“But as history has always told us, only a fool would make a prediction this far out.

“The public will decide.”

Sales and streams of Christmas classics are up 51% compared to this time last year, the Official Charts Company added.

The Christmas number one will be announced on Christmas Day. 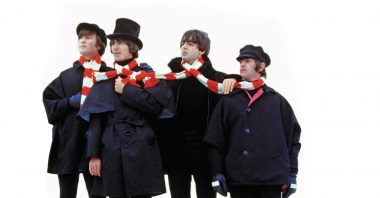 As part of two acts, George Michael repeated the feat with Band Aid and Wham! in 1984, and Ed Sheeran did so in 2017 with duets with Beyoncé and Eminem.

Paul McCartney has been top eight times with various acts. Cliff Richard has spent four Christmasses at number one; two as a solo act, one with The Shadows and one as part of Band Aid II.

2011 – Military Wives with Gareth Malone “Wherever You Are”

2015 – Lewisham and Greenwich NHS Choir “A Bridge over You”