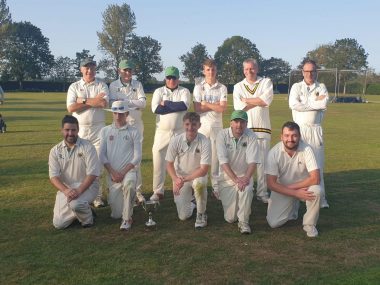 WILLOUGHBY Seconds signed off their 2020 season by capturing the Northamptonshire Cricket League Division 11 title after seeing off Braunston Paddox in their entertaining final clash recently.

Michael Deery’s maiden century went some way to helping secure success for his side, who won by 50 runs with a 204-7 total, limiting their opponents to a score of 154-9.

The Willoughby youngster celebrated his 17th birthday earlier that week and capped it by giving his side a match-defining initiative at what turned out to be a crucial point in the game.

Fine autumnal sunshine and the prospect of a local derby final contest ensured a generous socially-distanced following from both sides witnessed proceedings at The Green which saw the hosts lose the toss and get sent into bat first. 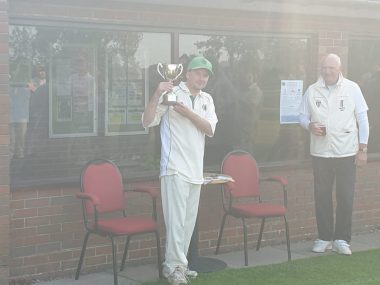 Willoughby were victorious in the Division 11 final.

The opening partnerships got off to reasonable starts but were unable to build into meaningful stands as Braunston pegged them back at 25-2 and 51-4.

When Willoughby’s fifth wicket fell with the score at 71, their innings could have gone either way.

However Deery was joined by skipper Ryan Perry after the drinks break and the two built a partnership of 107 for the sixth wicket to lead the hosts out of potential trouble and towards somewhere near a competitive total.

Perry departed after a fine captain’s supporting role of 22 but Deery went on to pass three figures, his eventual 107 not out including 16 boundaries and one six as Willoughby closed on 204 for 7 off their 40 overs.

For the Braunston bowling, Ben Jones and James Sharp took two wickets apiece with 2-49 and 2-35 respectively.

In need of a positive opening, the visitor’s reply got off to the worst possible start as they fell to 8-2 early on.

However, Jones along with Simon Stapley looked to stabilise matters and put on 53 for the third wicket until the latter departed for 20. 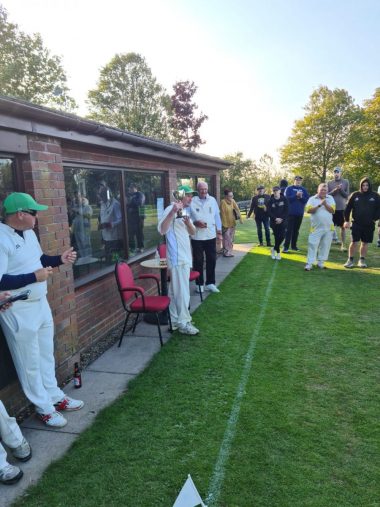 Willoughby were victorious in the Division 11 final.

From there, the hosts turned the screw with some tight bowling and sharp fielding seeing wickets fall at regular intervals and the required run rate for the visitors gradually creep up.

The introduction of Archie McMillan just after the drinks breaks provided instant rewards as he took two quick wickets and then a third being that of Jones who top scored for the visitors with 85.

By now the game was well and truly up but Braunston did at least have the satisfaction of seeing out their overs, finishing on 154 for 9.

The Willoughby bowling saw McMillan finishing with figures of 3-34, Rees Moor 2-17 and Deery 2-24 with the 50-run victory also ensuring a third league title success for the club’s second string in three years.