Gardening Time: How gardeners are leading a peat-free revolution

A GROWING number of gardeners are turning their back on harmful peat-based composts but are being let down by retailers and manufacturers who are making peat free alternatives too difficult to find, according to leading horticultural charity, Garden Organic.

New research by Garden Organic has revealed that almost three quarters (73%) of people said they were aware of the risks of continuing peat use – including that its extraction releases disastrous amounts of carbon dioxide.

However, according to the charity’s For Peat’s Sake Barometer, people’s opportunities to choose peat-free products were severely impacted by a lack of availability at shops, premium pricing, inconsistent quality and confusing labelling.

More than four in ten people (44%) said that peat-free products weren’t available in their local retailer and a quarter (25%) said that they were too expensive.

Nearly a third (31%) were not aware that you could purchase peat free plants so wouldn’t know to look for them or check labels in stores.

These barriers have resulted in sales figures for peat free compost still being worrying low, making up just 19% of volume sales during 2020. 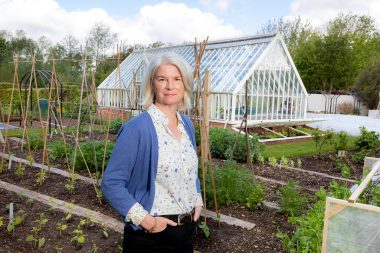 Fiona Taylor, chief executive at the charity, said: “It’s reassuring to hear that our years of collective campaigning on the dangers of peat extraction are making it into the public consciousness, but we are still heading for an environmental disaster.

“Gardeners all over the country understand the importance of going peat free, but there are still too many barriers in their way.

“Peat bogs are a very particular ecosystem, providing home to a wealth of precious plants, birds and insects.

They also play a critical role as a carbon store, flood defence and water clarification system.

“We can put a stop to the atrocious effects of peat cutting, if the gardening industry pledges to go peat free.”

Garden Organic, which spearheads the For Peat’s Sake campaign, is calling on gardeners to:

– Make their own compost at home wherever possible

The charity has previously declared an ‘environmental emergency’ as 95% of the UK’s peat bogs have already been destroyed.

Peat bogs are known by some as ‘nature’s carbon store’ as they are the most efficient land-based store of carbon.

The extraction process releases huge amounts of stored carbon which, according to RSPB, means they currently emit more greenhouse gases than all the HGVs on UK roads.

Fiona Taylor continues: “We have already left action too late, so it’ll take a collective effort from the horticulture industry and government as well as gardeners to halt the use of peat to protect our planet.

“Whilst home gardeners are still purchasing peat products, suppliers will still sell it, so we need to vote with our feet.

“If your local garden centre doesn’t supply peat free compost – ask them to. 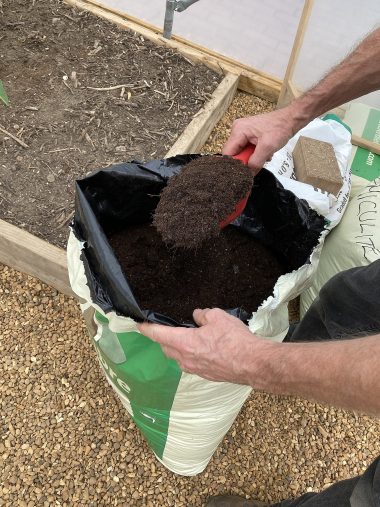 They won’t want to lose your custom.

“We have a real opportunity to make a collective change now which could last for generations to come.”

Earlier this year Garden Organic said it welcomed the England Peat Action plan as ‘a step in the right direction’.

Launched in spring, the plan included a statement that the Department for Environment, Food and Rural Affairs is proposing to ban peat in bagged composts by the end of 2024.

Garden Organic has free guidance on how to make your own compost at: forpeatssake.org.uk/peat-free-growing

The charity is hosting a free webinar on 24th November, 6 to 7 pm so gardeners can learn how to successfully make the switch to peat-free.

Visit: gardenorganic.org.uk/events to book your place. This free event has been made possible by funding from the Big Give and Network for Social Change.

For more information or to become a campaign supporter or donor please visit: forpeatssake.org.uk/ForPeatsSake