I secretly recorded my boyfriend for two years and now he’s found out!

Radio Presenter Jo Russell secretly recorded her boyfriend for two years and turned the highlights into a hit podcast. 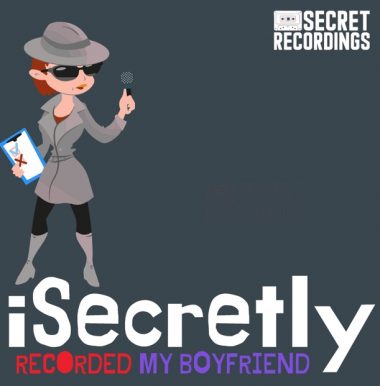 When radio presenter, Jo Russell, met her boyfriend Matt on the dating website Plenty of Fish in 2015, one of the first things she noticed about him was his brilliant sense of humour and unique outlook on life.

After moving in together and sharing stories about Matt with her friends, Jo realised she could use the skills learnt as a broadcaster to her advantage to share Matt’s stories, outbursts and dad gags with the world in the form of a podcast.

Jo said: “It was so easy. I’ve always got my phone in my hand. So, for four months before I started the podcast, I started recording him to see whether it was something we could actually do.

“I record him while he’s doing the most mundane things sometimes, but they’re usually the times when he comes up with his weird and wonderful turns of phrase. ‘Donkey walloper’ has pretty much become the podcast’s catchphrase now.

“He watches TV like no other person I’ve ever met. He will watch Coronation Street and notice how clean the garage is or something like that.

“The long jokes that he tells and then spends just as long laughing at them are always a highlight as well.

“We also had to put out an emergency special episode when Aston Villa were promoted in the playoff final because his reaction was too funny not to share.”

“He listens to the radio a lot and loves doing an impression of Jeremy Vine which is an ongoing joke in the podcast because he does it so often.”

“We had to go to a lot of effort to hide the podcast from him. Katy and Sparky both know him, so we had to take some precautionary measures like blocking him on social media.

“Some people who would try and catch us out by contacting him on social media to tell him what we were doing. I had to intercept his Facebook and Twitter profiles a few times!

“A lot of people might have worried about the morality of secretly recording him, but I knew deep down that he would love it. Doing this confirmed to me just how funny he is. How could I not share that with the world?”

Within months of the podcast’s September 2018 launch it had built a worldwide audience and was named one of Spotify’s podcasts of the year.

Two years and nearly 100 episodes later the podcast still has a worldwide reach with 1.4 million listeners in the UK, Europe, America and Australia.

The podcast has also gained the attention of a few high-profile listeners too including Good Morning Britain and Tipping Point presenter Ben Shephard.

“Because it was coming up to two years, it felt like it was time to tell him. There have been moments along the way I have been dying to tell him because people have been so nice. He was missing out on all the fun parts.

“I sat him down to tell him and I played him some of the podcast. He was a bit quiet at first, but I was armed with messages from listeners to show him he is universally loved.

“It is bonkers that he has been a star for two years without knowing. Now he knows, he’s a podcast convert and has been binge-listening all the episodes back. He certainly watches Tipping Point in a vastly different way now as well. I’m sure he thinks that him and Ben are mates.”

Matt, who is horrified by the price of beef jerky and insists that no two shades of green are the same said: “I couldn’t believe it really. The amount of people that wanted to listen to a daft Brummie. It was a shock and to be honest brought a tear to my eye!”

You can listen to I Secretly Recorded My Boyfriend on Spotify, Apple Podcasts and all other major podcast platforms. The big reveal episode will be available to stream and download on 26th August 2020. 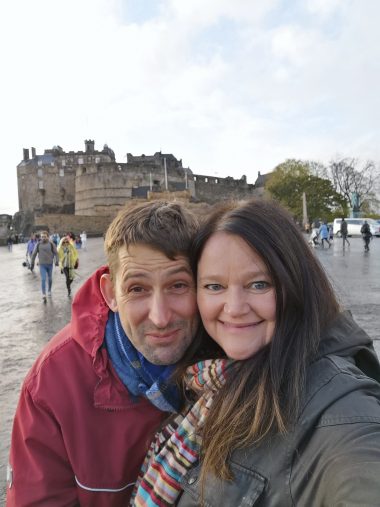