IN what has been a miserable year for fans of live theatre, and all those who work within the creative industries, marches a glimmer of freedom towards the end.

A powerful and moving recording of what is the longest running musical in the world, that has been seen by 120million people over 35 years, this release captures the raw emotions of the show based on Victor Hugo’s famous tale set in revolutionary France. 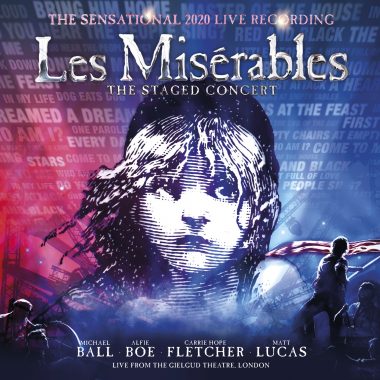 An all-star recording of Les Miserables – The Staged Concert, Live From The Gielgud Theatre, is out now on First Night/Warner.

True, it would be hard to go wrong with a bill boasting all of Michael Ball as Javert, Alfie Boe as Jean Valjean, Carrie Hope Fletcher as Fantine, and Matt Lucas as Thenardier, but such an epic production needs an epic cast, and they pull if off with aplomb.

A DVD accompanies the release which was recorded at The Gielgud Theatre in London, and features what have become some of the most-loved songs in musical theatre history thanks to the timeless writing of Claude-Michel Schönberg (music), Alain Boublil and Jean-Marc Natel (original French lyrics), and Herbert Kretzmer (English lyrics).

‘I Dreamed A Dream’, ‘Bring Him Home’, ‘Do You Hear The People Sing?’ and ‘Master of the House’ excel and entertain in this recording, which is the nearest you’ll get to seeing a staged musical this year, though Cameron Mackintosh hopes to return it to the West End by the Spring. Fingers crossed.

However, you need only listen to the tracks to picture the grand scenes staged by this spectacular production which also features Rob Houchen as Marius, Bradley Jaden as Enjoiras, Lily Kerhoas as Cosette, and a 65-piece orchestra.

This performance makes it easy to see and hear how ‘Les Mis’ has sold out across 52 countries, in 22 languages and won more than 100 international awards in more than three decades of shows.

This year, The Mackintosh Foundation has been doing its bit for the creatives hit by the pandemic, handing £5 per digital download of this recording to the charities Acting For Others, the Musicians Union Coronavirus Hardship Fund and Captain Tom Moore’s Walk for the NHS fund, as well as giving £100,000 to launch the fund-raisers for those causes plus another £100,000 to the Theatre Artists Fund.

It’s been an important year for the live recording releases while real shows are mothballed, and this one is a Tricolore flagbearer to remind us of what we are missing, yet still look forward to.

‘Les Miserables – The Staged Concert’ will have your parents pretending to be Jean Valjean or Fantine in their car-cum-auditorium, while the whole family will no doubt form a chorus (of no more than six of course!) in the living room for the big numbers. 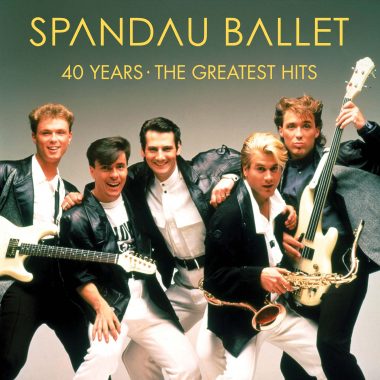 IT WAS forty years ago, almost to the day that Spandau Ballet signed their first recording contract, this much is true.

Within a month they had released their first single ‘To Cut A Long Story Short’.

Spandau went on to have massive hits with ‘True’, ‘Gold’ and ‘Through The Barricades’ which are all included in this 3CD Greatest Hits collection that also pairs them with their classic 12” versions for the first time here.

But Spandau Ballet were much more than the music.

Their sound and image helped to define a decade, alongside their arch rivals Duran Duran and contemporaries Wham! and Culture Club, just like their hero David Bowie had done in the 1970s.

Whether they were Bowie kids or Blitz kids, Tony Hadley, Gary Kemp, Martin Kemp, John Keeble and Steve Norman viewed themselves as the “In Crowd” in an era of visually dominated pop, ushered in by the dawn of MTV.

Though their original run lasted ten years, they did come back in 2009 for their ‘Reformation Tour’ and again in 2014 for their ‘Soul Boys of the Western World’ tour.

So, here we are, 40 years later, with a back catalogue of hit standards that people still know and love.

There’s even a punchy cover of the Simon & Garfunkel classic ‘The Boxer’ and, for the diehard fan, collectible vinyl sets too.