Ncuti Gatwa has said he can “finally breathe” following the announcement he is the new Doctor after being cast in the role months ago.

The 29-year-old will become the 14th Doctor on the popular BBC series, after Jodie Whittaker announced last July she will be leaving Doctor Who. 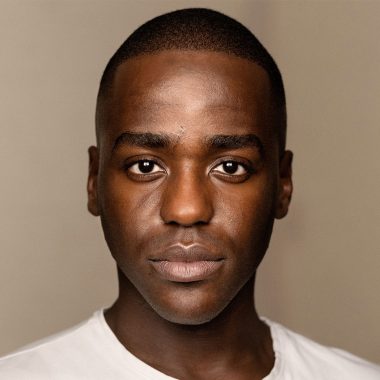 The 29-year-old will become the 14th Doctor on the popular BBC show, after Whittaker announced last July she will be leaving the role. Photo: PA Media / BBC

Speaking at the Virgin Media TV Baftas, he said:

“I feel really happy that I can now talk about it because I got cast in February and I have been keeping it a secret since then.

“So it is nice to finally breathe. But also really nervous.

“I just hope I do it justice. I am following in some very, very big footsteps so I am just hoping that I fill them up.”

In 2020, Gatwa was named the winner of the actor category at the Scottish Baftas for his role in Sex Education, and has been nominated at this year’s Bafta TV awards in the best male performance in a comedy programme.

Whittaker took over the Tardis in 2017 becoming the first female Doctor.

Speaking about how Doctor Who relates to diversity, Gatwa said of the Time Lord:

“He is literally an alien – ‘they’ are an alien. And so they can regenerate into anything and anyone.

“And for me, I just find the show to be the most beautiful form of escapism. You can forget about all your worldly troubles and you get to go to space and battle aliens.

“I feel like anyone can put themselves in those shoes. The Doctor is not from anywhere.

“They don’t fit in anywhere and I think for marginalised people they have been a real beacon of feeling seen in a way.

“They are someone that can help people escape, which I love.”

Queer As Folk and It’s A Sin writer Russell T Davies is returning as the programme’s showrunner after departing the programme in 2009.

Davies, who was responsible for Doctor Who’s revival in 2005, will be back to celebrate the show’s 60th anniversary in 2023 and series beyond, the BBC previously said.

Gatwa said he would try to do Davies’ writing on Doctor Who justice.

Speaking on the red carpet at the TV Baftas, where It’s A Sin leads the nominations, Davies said he had cast Gatwa as the Doctor because he could see him developing the role in new ways for many years.

“When you see him you don’t know what you are going to get. And I fell in love, frankly. He is stunning.

“He did an audition and when you meet him… I think when you cast the Doctor you cast for potential. I can see him for years exploring the part and taking it somewhere new. That’s what I felt. I felt in my heart that we can go anywhere with this.”

He said he had been “crossing his fingers” that Gatwa would say yes to the role and “hit the roof” when he did.

Asked about his own vision for the show, Davies said he wanted to allow Whittaker to complete her tenure as the Doctor before revealing more.

“Lovely Jodie Whittaker, who I adore, I spoke to her yesterday. We phoned her yesterday to tell her about Ncuti.

“She is still the Doctor. She has got an enormous finale, an epic finale, a 90-minute finale in October. So we are polite gentlemen. It is only right and fair to shut up.

The announcement was teased by Davies and Gatwa on Instagram, with a post featuring two heart emojis, a plus symbol and a blue square.

“Ncuti has an incredible dynamism, he’s a striking and fearless young actor whose talent and energy will set the world alight and take Doctor Who on extraordinary adventures under Russell T Davies’ new era.”

Georgia Tennant, wife of former Doctor Who star David Tennant and daughter of Peter Davison, who also played the Doctor, reacted to the news that Gatwa will take over from Whittaker, tweeting: “Hello dad”.

The BBC said further details would be announced in due course.

Queen’s Platinum Jubilee: First glimpse of setting for Party at the Palace

Will Warwickshire’s Sam be crowned winner of the The Jubilee Pudding: 70 Years In The Baking?

How to help your overstressed, disengaged or last-minute cramming teenager through exams