WITH a series of massive live shows in England and North America postponed until next autumn, legendary US group Eagles have landed the perfect treat to lengthen the beams of their Californian sunshine into our darker and colder autumn evenings.

A new 26-song live album and Blu-Ray concert film ‘Live From The Forum MMXVIII’ are released today (Friday, October 16) and I’m pleased to report they are just the tonic to lift those post-summer blues as the nights draw in fast.

Recorded at the Fabulous Forum in Los Angeles in September 2018 – 47 years since their first gig there – the release is the band’s first with country star Vince Gill and Deacon Frey, son of their late great former band-mate Glenn Frey. 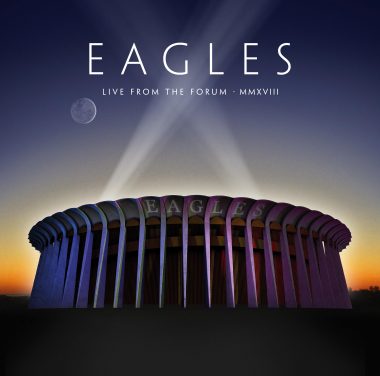 All the hits are included and, despite several line up changes over their nearly-half-century illustrious career, the Eagles still sound as fresh as the West Coast surf.

‘Hotel California’, ‘Take It Easy’, ‘Take It To The Limit’, ‘Desperado’ and ‘Lyin Eyes’ are among the top tracks in a two and a half hour long set.

Who doesn’t know (and love) at least a few of their classic hits?!

As an added bonus they included songs from the group’s individual careers too, so we are also treated to Don Henley’s ‘Boys of Summer’; Joe Walsh’s ‘Rocky Mountain Way,’ and Vince Gill’s ‘Don’t Let Our Love Start Slippin’ Away’.

The show is made up of highlights from three sold-out concerts at the Forum in LA from the current line-up of Gill and Deacon Frey joining Henley, Walsh, and Timothy B. Schmit, who had been spent most of 2018 touring North America extensively, to rave reviews.

Between songs, Don Henley tells the crowd: “We did our first gig here 43 years ago. It’s not the same band, there’s been some changes.

“And while we have lost a father and a brother and a leader, we have gained a son,” he adds, referring to Deacon Frey.

“He’s up here to help us carry on his father’s legacy ‘cos it’s about the songs now and what they mean to you and your life.

“And also up here to help us do that – one of America’s most beloved singer songwriters, and a hell of a guitarist, Mr Vince Gill.” 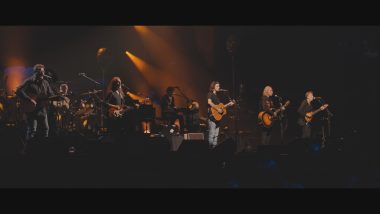 The pandemic has seen so many great artists cancel and reschedule shows, so releases like this are the closest fans can currently get to the live experience for the foreseeable future.

Having heard the full double album, the Eagles’, with their polished harmonies and seemingly effortless playing, show why they remain as popular as ever as they did in their 70s heyday when they were the best-selling American band of the decade.

Though I’ve only listened to the audio tracks, ‘Live From The Forum MMXVIII’ , directed by Nick Wickham, was filmed on 14 4K cameras, so buyers can expect a high quality visual show too, though for now, sadly, it has to be in their own homes.

It’s an excellent live package and, on this evidence, it’s clear to see why the Eagles retain an appeal that transcends generations.

This recording endorses their role as enduring musical icons, and one of the biggest bands of all time.

‘Live From The Forum MMXVIII’ is available now through Rhino in a variety of audio and video formats, including Blu-ray, CD, vinyl, and streaming. A super deluxe edition is also available. 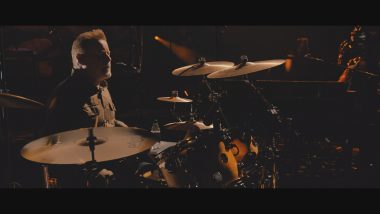