The Divine Comedy: Virtual concert is the best gig I've never been to

“ABSENT Friends, here’s to them” were the most fitting lines to launch this concert which was, for many of us, our first experience of watching a virtual live gig.

“Happy days, we thought they’d never end,” laments The Divine Comedy’s frontman and songwriter Neil Hannon. We can all agree on that.

But here we are, in what feels like an endless pandemic, and all the bands we were hoping to see in 2020 have either cancelled or rescheduled their shows. 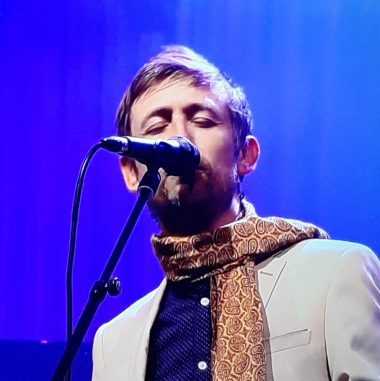 Baron of baroque pop – Neil Hannon of The Divine Comedy deep in song.

The Divine Comedy were due to be marking three decades of outstanding output from the bard of baroque pop Neil Hannon with residencies at the Barbican Centre in London, and the Cite de la Musique in Paris.

Celebrations to salute 30 years of The Divine Comedy have, like all our birthdays and anniversaries since March, been forcibly muted, but a gorgeously presented and concisely packaged anthology of all nine remastered albums plus two bonus CDs are available to mark the landmark occasion.

And, while those gigs are postponed until next September, singer-songwriter Hannon and his regular band of Tosh Flood (guitars), Simon Little (bass), Tim Weller (drums), Andrew Skeet on piano, and accordionist Ian Watson, thankfully treated us to this socially-distanced show instead, and streamed it live online.

Purchasing the virtual ticket was a leap of faith, but having seen this tightly-knit group a few times for real now, I knew it was worth the punt.

And, while slightly stripped back, the ensemble did not disappoint in an hour-long set of mainly “the hits” including ‘Something For The Weekend’ and ‘National Express’ which, while only skimming the surface of three decades of smart and witty storytelling, sat together well as a showcase of Hannon’s work.

This set would hopefully have enticed any fringe fans to delve deeper into what is a vast – and vastly underrated – back catalogue of beautifully crafted and produced songs.

A reduced-in-number audience inside the venue somehow made a lot of noise through our TV speakers, and we dutifully joined in at home as per the instructions of Neil Hannon (ever the conduit of fun and frolics at his concerts) encouraging us to do so.

“It’s a gig!” he gleefully declared at one point, and, while I missed the buzz and the atmosphere of the crowd and live band, there was no queue for the bar or the toilet, and I’m pleased to report no-one had nicked my place upon returning to the living room! 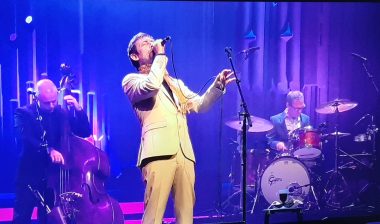 The Divine Comedy marked their 30th anniversary with a show at the Barbican Centre, London.

The drinks were far cheaper than the venues attempt to get away with too.

Almost as if to prove it were live and not pre-recorded, the band accidentally missed ‘Our Mutual Friend’ off the running order, so it became the encore rather than the regular incumbent ‘Tonight We Fly’. But that was no bad thing – it’s an epic song and the drama of the story it tells built the tension well to close the set.

The highlight of the night for me though, was ‘A Lady Of A Certain Age’. Has a better story been told in a pop song in the past 30 years? I’ll wait.

We and “Mr Johnson” were reminded of the huge impact the pandemic has had on the arts, in particular the live music industry, and we can’t wait to get back to see the real thing soon.

This was the best gig I’ve never been to, and if you bought a ticket online, you can watch it all over again until tomorrow!

Something for the Weekend

To Die a Virgin

A Lady of a Certain Age 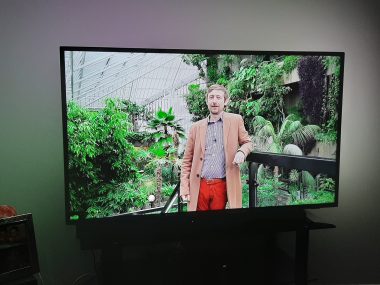 Live in your lounge – Neil Hannon introduces the show in a pre-recorded piece to camera.
Advertisement
Submit Your LIFESTYLE Stories, Photos & Videos
Advertisement