There is no choice but to succeed over climate change, William warns

The Duke of Cambridge has said there is “no choice but to succeed” when tackling the problem of climate change over the next 10 years. 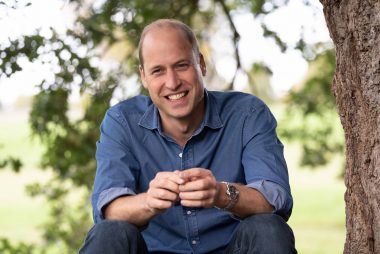 In a Ted Talk recorded in the grounds of Windsor Castle, William praised humanity’s ability for problem-solving, adding he is determined to remain an optimist.

The future king gave the address under the canopy of an oak tree in the castle grounds, where royals have lived for more than 900 years.

He said: “Over my grandmother’s lifetime, the last 90 years or so, our impact has accelerated so fast that our climate, oceans, air, nature and all that depends on them are in peril.

“This oak has stood here for centuries but never has it faced a decade like this.

“We start this new decade knowing that it is the most consequential period in history. The science is irrefutable. 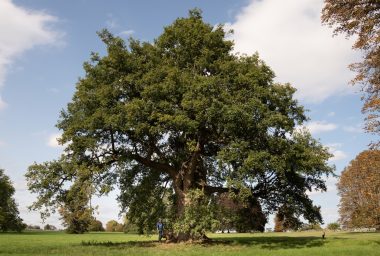 “If we do not act in this decade, the damage that we have done will be irreversible and the effects felt not just by future generations, but by all of us alive today.

“How can we hope to fix such massive, intractable problems? It may seem overwhelming, but it is possible.

“Humans have an extraordinary capacity to set goals and strive to achieve them.”

The Duke of Cambridge made the speech as part of the launch of Countdown, a global campaign to halve greenhouse gas emissions by 2030.

Other speakers at the event included Pope Francis, Al Gore and Jane Fonda.

The global competition aims to encourage the public, scientists, businesses and even cities to come up with ideas and technologies to “repair our planet” within 10 years.

William told the Ted Talk viewers he has long been inspired by US president John F Kennedy’s 1961 “moonshot mission” to get a man to the moon within a decade.

He said: “In taking that giant leap for mankind, the team behind the moonshot united millions of people around the world in awe that this crazy ambition wasn’t so crazy after all – and along the way it helped the invention of breathing equipment, CAT scanners and solar panels.

“But now, rather than a moonshot for this decade – we need “earthshots”.

“We must harness that same spirit of human ingenuity and purpose and turn it with laser-sharp focus and urgency on the most pressing challenge we have ever faced – repairing our planet.”

The Duke of Cambridge detailed five goals to complete within 10 years- protecting and restoring nature, cleaning the air, reviving the oceans, building a waste-free world and fixing the climate.

He said the global response to the Covid-19 pandemic was an example of what can be done when people in power act.

He said: “We’ve built hospitals overnight, repurposed factories, poured billions into the search for a vaccine and better treatments, and we’ve been inspired by heroes emerging in every community across the world.”

William concluded: “I’m determined to both start and end this decade as an optimist.

“Whilst our generation represents just a blip in the lifetime of these magnificent oaks, we have the power and potential to ensure that they, and all life on earth, thrive for another thousand years and more.

“But only if we now unleash the greatest talents of our generation to repair our planet. We have no choice but to succeed.”

The Divine Comedy: Virtual concert is the best gig I’ve never been to

Behaviour at 30: How Pet Shop Boys marched into the 1990s with their October evolution

How to entertain outdoors this autumn