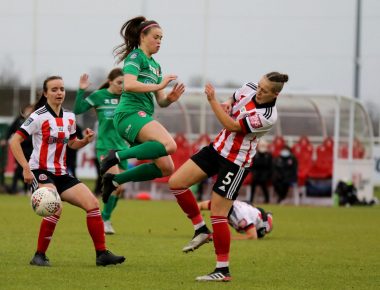 A PLEA for better efficiency in the final third has been made by Coventry United Ladies manager Jay Bradford after seeing her side succumb to a 3-0 defeat at Sheffield United in the club’s opening fixture of 2021.

It was just not to be for the Red and Green’s, who fell behind to Naomi Hartley’s 32nd-minute opener before a Katie Wilkinson effort on the stroke of half-time provided United with an uphill battle in the second period.

Wilkinson then added insult to injury at the death to rubber stamp a ninth Championship defeat this term for Coventry, keeping them second-bottom of the pile.

Bradford felt aggrieved by the goals that led to United’s downfall, and did not feel the scoreline was a fair reflection of the efforts of her side at St George’s Park. 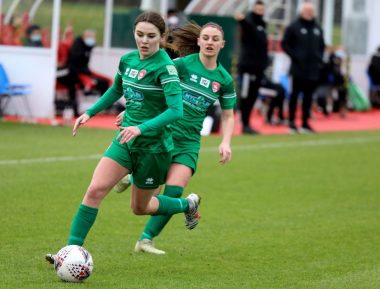 “Both [teams] were very sloppy in possession, we’ve been undone by two set-pieces,” said the Coventry boss.

“The one at the end [Sheffield’s third], the referee’s about to blow in the middle of the park, decides not to and lets it play – then it finishes 3-0.

“The two [goals] in the first half were very disappointing because I think we can do better.

“Coming very close does not win you football matches, we’ve got to start putting the ball in the back of the net.

“When we have those moments and when they are half-chances, we need to turn them into chances and goals and we need to do that quickly.

“We weren’t poor, we’ve played worse and we’ve played better, we haven’t found our consistency and that’s a concern.

“We need to address a few of the little things, but there are always positives you can take from a performance and there were a few of those.” 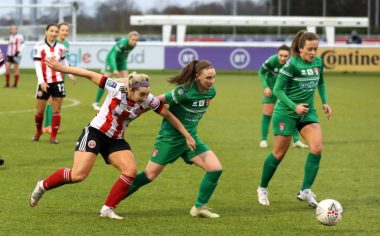 It could have been much worse however, but for Sue Wood’s excellent stop with her leg to deny Wilkinson from the spot after 20 minutes played with the scores still level.

“I thought she was excellent with her distribution, she’s made a cracking save and she’s made it look routine – but it’s a top save,” Bradford added.

“She’s turned a corner and I think we’re getting a different level of performance from Sue which is pleasing.”

Undeterred, the Blades pushed on and netted the breakthrough through Hartley, while Courtney Sweetman-Kirk crashed a header against the bar prior to Wilkinson’s insurance goal.

Naomi Hartley was next to rattle Wood’s crossbar with a header that came tantalisingly close to looping in after the break, while Shannon O’Brien should have done better down the other end when turning Amber Hughes’ centre off target.

Having already found the net once, Wilkinson hit the frame of goal with a ferocious shot in the dying stages, but found the goal her efforts deserved to wrap up her brace and seal victory in the final seconds of play. 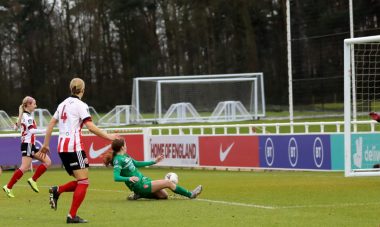 The emergence of new signing Georgia Stevens – one of four so far this window – was a plus point after her introduction early in the second half, following her arrival from Icelandic club Thorkastelpur.

“She’s done well, she’s come in against two physical centre halves – she’s physical and has some really nice moments on the ball, so I think she’s one that we’re going to grow and shape what we want from her,” Bradford continued.

And looking forward to United’s next run of games, with basement side Charlton Athletic up next at Butts Park Arena, Coventry’s manager issued a rallying cry to her troops, adding: “They’re all big games from here on out, it’s the business end of the season without being too cliche.

“But for me, every game is one that we’ve got to go and go and win, especially against the teams around us.”