Brakes a match for Moors, but suffer final warm-up defeat 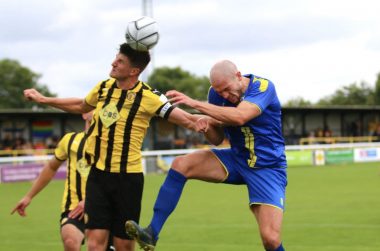 Though Moors were frustrated by Paul Holleran’s men at the Your Co-op Community Stadium in the opening half, Solihull were able to make the telling breakthrough after the break.

The hosts showed their promise early on when Dan Meredith’s whipped centre inadvertently travelled goalwards and forced Moors shot-stopper Niall Clayton to tip the ball onto the crossbar.

And it was the visiting custodian who had his work cut out late in the half, keeping out Steph Morley’s 30-yard rocket.

Those saves were crucial, and, with Solihull upping the tempo and finding their rhythm, they went ahead on 55 minutes when goalkeeper Dan Jezeph tipped away Joe Sbarra’s initial effort, only for Barnett to pounce and turn the ball home.

After a string of substitutions from either side causing a lull in the game, Moors got a second goal when defender Howe rose highest to turn in a Sbarra corner at the far post 14 minutes from time.

The Brakes’ attention now turn to their National League North opener on Saturday when they host Gateshead.