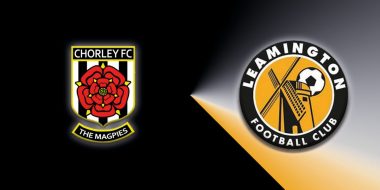 PAUL Holleran’s Brakes will be hoping to bring buoyant Chorley back down to earth, days after the Magpies FA Cup heroics, in tonight’s National League North clash at Victory Park.

Hosts Chorley are very much the side in the ascendancy going into the league meeting, having knocked Championship opposition in Derby County – albeit forced to field a mix of under-23s/18s players due to the Rams’ COVID-19 outbreak – on Saturday in a 2-0 third-round success.

By comparison, Leamington may not be making strides in the latter stages of this year’s FA Cup, but have at least made a statement of intent in the league to date, sitting ninth and just three points away from the play-off places.

Saturday’s trip to Spennymoor Town was postponed due to a frozen pitch, denying Holleran’s men from building on their two-match unbeaten run, one which was only halted by a Boxing Day defeat to league leaders Gloucester City.

Prior to that, Leamington had established a remarkable 11-match run without defeat – one which ranked as one of the best overall in Europe – that stretched back to the start of November.

With confidence still high in the Brakes camp, and with new arrivals Tyrell Hamilton and Dan Turner helping atone for the loss of Sam Osborne to AFC Fylde, Leamington will be quietly confident of a success in Lancashire.

As far as the league standings go, both teams have enjoyed very similar records to date, with ninth-placed Leamington just propping above Jamie Vermiglio’s side in tenth.

Tonight’s fixture is the first time the two sides have met in almost two years, with Chorley the victors in a 3-0 drubbing of the travelling Brakes on March 23, 2019.