Jay was injured just before half-time after a poor challenge from Rugby Welsh’s outside centre, and it prompted a ten-minute delay and a switch in pitches.

The match started slowly, with both sides giving away unnecessary penalties but Claverdon eventually capitalised with a simple try from Hilton Garner-Jones, side-stepping his way to the opposition line. 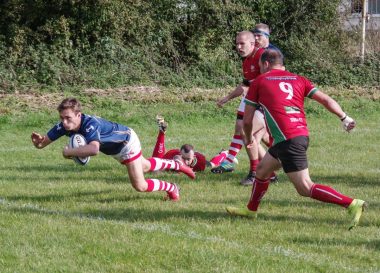 Hilton Garner-Jones scores a try for Claverdon. Picture by Will Barnes.

After moving pitches due to the injury, and a 10-6 scoreline at half-time, Claverdon were determined to avenge the loss of their captain.

The hosts produced some fantastic running rugby to stretch their lead, with sensational tries from Charlie Byrd, Josh Evans and Luke Rogers. 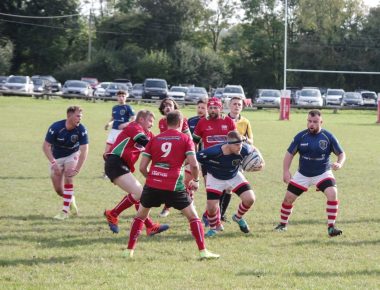 Charlie Byrd breaks away from Rugby Welsh. Picture by Will Barnes.

Jack Barwell was man of the match.

The club would like to extend best wishes to Michael Jay, Will Lawton and Tom Hudson who all sustained injuries during the game, and hope for speedy recoveries for all. 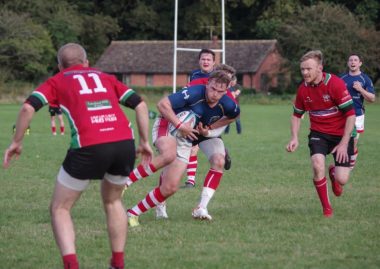