Community heroes to be honoured on Finals Day 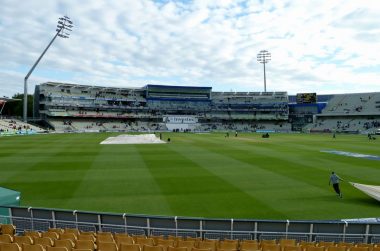 Edgbaston Stadium will host the Awards show and the Vitality Blast Finals Day.

THE ANNUAL NatWest Cricket Awards (NCA) will be broadcast live on Sky this weekend ahead of Vitality Blast Finals Day.

Saturday’s Finals at Edgbaston Stadium will run in conjunction with the awards, which pay testament to the work done at grassroots level through to the professional game.

In a first-ever broadcast on Sky Sports Cricket, the event will combine the NatWest PCA Awards and the NatWest Outstanding Service to Cricket Awards in one show spread out throughout the day.

The Awards will look back on the year’s highlights and the challenges overcome at all levels of the sport; celebrating achievements on and off the field; and paying ode to the cricket volunteers who have supported their communities during the most trying of circumstances.

In addition, three community awards from the ECB are to be handed out – #Raisethebat; Connecting Communities and Proactive Leadership.

Daryl Mitchell, chairman of the PCA, gave his thanks to the tireless efforts of volunteers to ensure a cricket season of sorts took place this year.

“In a year when it looked as though we may not see any international or domestic cricket take place at all, it’s fantastic that we are still able to celebrate the on-field achievements of PCA members during this most unique of summers,” he said.

“It is a testament to the hard work of – and sacrifices made by – the teams at the PCA, ECB, NatWest and Vitality that we have been able to come together to put on the NatWest Cricket Awards ceremony.

“I wish the very best of luck to those PCA members vying for each award category, and hope that you enjoy the show when it airs alongside Vitality Blast Finals Day on October 3.”