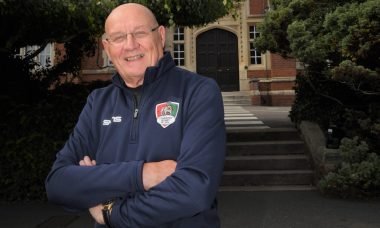 Jon Sharp says the future of many clubs across the board are in doubt under current Government restrictions.

The plea urges more action to be taken to prevent clubs from being forced to bite the bullet, in response to the latest Government coronavirus restrictions which look set to limit spectators and revenue streams for the foreseeable future.

“There is a vast infrastructure of sport which is in serious danger of falling out of existence in its current form,” Sharp writes. “Putting hundreds of thousands of jobs at risk and destroying the community engagement projects which have been built up over a considerable period of time.

“Putting it simply, Coventry Rugby – and all the other clubs like us across various sports – would be at fundamental risk.

“We might have to mothball, or – at worst – have to be wound up completely.”

Sharp’s letter makes a real statement on the current standing of the majority of clubs – both professional and at grassroots level – throughout the sporting world, and highlights the need for urgent action to be taken sooner rather than later.

“I have no doubt that right now across the country similar letters are being written to MPs from clubs like Coventry Rugby…who find finances tight but who are nevertheless viable businesses, but who do not have the relative safety net of substantial league-wide sponsorship and TV broadcast deals to fall back on,” he continues.

“The Coventry Rugby Foundation has exciting plans built around a framework of getting more people of all ages active and reducing the burden on the NHS and other relevant services.

“For Coventry Rugby having to put all of this on ice would make a massive impact across a variety of areas locally. If our example was to be replicated many times across the country – which would happen – it would be nothing short of a tragedy.”

In recent years, the club have been instrumental in developing wheelchair rugby as a sport in the local community; school programmes inside and outside of the classroom; and Project:500 – which organises activity weeks for disadvantaged youngsters in the city at Butts Park Arena.

Coventry’s executive chairman seeks reassurances in three areas – finances, operations and communications – to enable to club to continue operating in the future.

And while a crowdfunder which raised over £36,000 for the club highlights the passion from locals for their side, Sharp says a lot more must still be done across the board under current restrictions.

“The backing we have received from our supporters and sponsors has been outstanding, with hundreds of Season Tickets renewed and over £36,000 donated through the crowdfunder,” he added.

“But while very welcome, this only scratches the surface if we are not able to return to at least some semblance of normal operations.”