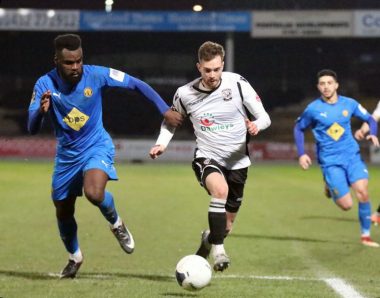 Leamington were 2-1 victors on their last trip to Edgar Street in December 2019. Brakes will take on Hereford this weekend. Picture: Andy Walkden.

The options provided to the 23 clubs at Step One and the 43 teams at Step Two of the non-league ladder will determine whether the 2020/21 season carries on as normal, ends at either level, or concludes altogether.

Four resolutions are possible, with the first outcome being that individual clubs choose the fate of their own step depending on a result favoured by 75 per cent or more.

Should this outcome come to fruition, then resolution two and three – in which National League and National League North/South clubs place a vote – will come into play, enabling Step One and Step Two clubs to decide whether their own league continues or is rendered null and void.

In either of these instances, a 50 percent majority is required.

However, should resolution four pass, then clubs will vote to end or continue all three divisions, again with a 50 percent majority needed to tip the final decision either way.