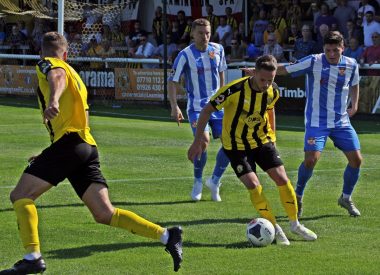 The 24-year-old, who arrived at the Phillips 66 Community Stadium in August 2017, has departed after three years at the Brakes, but will continue to coach the club’s academy as he eyes an opportunity to kickstart his career again elsewhere.

Holleran reached an agreement with Dunbar over the weekend – prior to Sunday’s confirmation – to keep him involved at the club, and hopes that his now former player can prosper with his next career move.

“He knows he’s at an age where getting more first team minutes is key for him, and he just didn’t want to be in the same situation as he was at the back end of last season,” he said.

“I don’t think that has changed much, so we’ve had a little bit of interest in him, he’s spoken to a couple of other clubs and will decide what he wants to do.

“As much as he is a great kid and we love having him around it’s the best thing for Kieran, there’s no doubt about that. He’s been a great professional since the moment he came through the door; he does a lot of work with our Academy and the community which he will continue to do.

“He is still registered with the football club, but there are lots of things that Kieran is involved with here and will continue to be involved with. He needs to go and play 20, 30 games, get himself up and running again; because obviously when you come back from an injury [having suffered a long-term lay-off in 2018/19] and you’re in and out a bit it’s hard to get momentum and get form, so it’s something he’s going to do and we’ll monitor it carefully.”

Meanwhile, the club have wasted little time in bolstering their squad for the forthcoming National League North campaign further following the permanent acquisition of Dan Meredith from West Bromwich Albion. 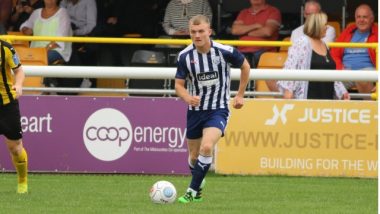 The 20-year-old was previously on loan with the Brakes last season, making two substitute appearances before the sudden suspension of the league in March.

And having now been afforded more of an opportunity in the team during pre-season, appearing in midfield and at full-back, Holleran is looking forward to developing the youngster.

“It is always difficult when you come out of a full time environment, and he’s still got a little bit of work to do with his identity but he’s a great kid to work with and has bags of potential,” said the Leamington manager.

“So we’ll see where the journey takes him. He’s a really good professional which we knew already from his time with us last season, and we’re delighted he’s on board and hopefully he can make an impact in this division.”