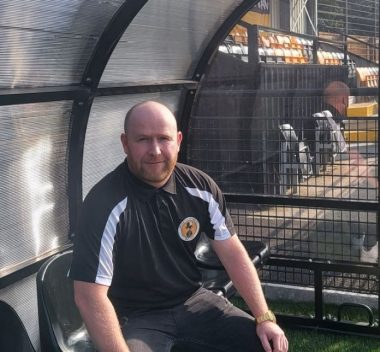 RETURNING manager Scott Easterlow is hopeful of further glories to come, after returning to the Racing Club Warwick hot seat on Monday.

After a winless start to the campaign in the Midland League Premier Division saw Jason Pyott depart Townsend Meadow, the Racers have acted quickly to fill the vacancy – bringing in the man who guided Warwick to promotion two years ago.

Speaking on his decision to take up a second stint at the club, Easterlow is already speaking in positive fashion on the season ahead.

“I’m very pleased to be back at the football club, the opportunity to return was something I couldn’t turn down,” he said.

“We as a collective enjoyed lots of success in my previous tenure, and hopefully we can have those times again.”

Racing Club chairman Gary Vella echoed those sentiments, and revealed there was only ever one man best suited for the job.

“Many applicants for the role were considered, but with Scott’s contacts, experience and ambitions aligned to the club perfectly, we are delighted he is back,” he added.

“It was be a good few weeks for him to make a mark, but I’m confident he will get a tune out of the players already here and also add players where necessary.”

Aside from the first team, the Racers’ under-23 team sit joint top of the Midland Reserves League after an 8-2 thrashing of Bewdley Town Reserves last time out, while the club’s youth team advanced in the FA Youth Cup preliminary round – edging Stourport Swifts by a 2-1 scoreline.