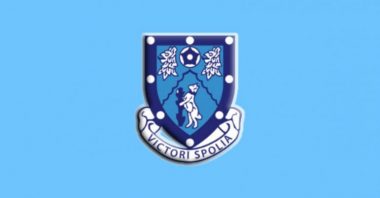 CARL Adams’ Rugby Town return to Butlin Road for the first time in almost two-and-a-half months on Saturday (3pm) with spirits high – following a 2-1 victory at Northampton ON Chenecks on Boxing Day.

Valley had to do it the hard way at Billing Road, coming from behind to win it six minutes from time through Caine Elliott, after Dylan Parker cancelled out Ryan Archer’s opener just before the break.

It gave Rugby a seventh win of the season from their 11 games played to date, but crucially shook off the rust that has accumulated during November and the majority of December as a result of a national lockdown and the delayed restart of the United Counties League Premier Division season.

What follows now is a hectic few months as teams rush to make up for lost time and conclude the campaign, with Town currently scheduled to complete seven league fixtures in the month of January – starting with a game back on home soil as Boston Town make the trip to Warwickshire.

With the club’s all-time leading goalscorer David Kolodynski back in light blue and navy colours from the start for the first time since 2018, Valley had every reason to sense a positive result in Northamptonshire.

They were not expecting to fall behind so early on however, with Chenecks midfielder Archer slamming a shot from the edge of the penalty area high into the roof of the net.

Valley had no reason to fear with the strike force at hand though, and so it proved as Parker whistled a drive low into the bottom corner for his 13th goal of the season just before the break – following good work from Charlie Evans to pressure the home defence.

It was not vintage Rugby by any means, but in the context of Town’s lengthy lay-off, some sluggish play could be excused.

Fortunately for Adams and Co. there was just enough in the tank to secure all three points, Elliott plundering the ball past the Northampton goalkeeper at the second attempt.

The result carries Rugby into sixth place on 22 points, six points away from leaders Anstey Nomads having played a game more but with matches in hand on the rest of the sides above them.

This weekend’s visitors Boston currently occupy 11th place in the table and were also successful last time out, seeing off Sleaford Town 2-0 on Monday night.