HORSE RACING: BRYONY Frost became only the second female jockey to win the Betfred Classic Chase at Warwick on Saturday.

The likeable 22-year-old guided Milansbar to success in the £42,000 feature race, and in the process sent a Grand National warning to her weighing room rivals.

Won by One For Arthur the year before – who subsequently went on to land Aintree’s biggest prize in April – the race is often used as a stepping stone for horses seeking worldwide fame.

It was Frost’s 35th win under rules from just under 300 rides while Milansbar earned his first win in almost two years.

Elsewhere Nicky Henderson – who at the end of last year was announced on the New Year’s Honours list – trained Mr Whipped to success in the Leamington Novices’ Hurdle.

Jockey Nico de Boinville had to keep the five-year-old alert in the closing stages as a late rally from 9/2 chance Paisley Park almost saw Nick Schofield’s mount cause a shock after struggling to travel throughout.

Last year’s Leamington Novices’ Hurdle was won by Willoughby Court, a horse with went onto much bigger things that year – including winning the Neptune Investment Management Novices’ Hurdle at the Cheltenham Festival. 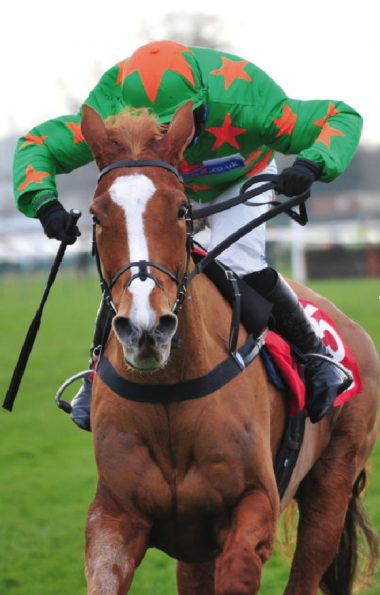 Popular Black Ivory was also in the winners’ enclosure after claiming the Pertemps Network Handicap Hurdle.

Outsider Sykes led over the final flight, but a stumble on landing allowed Black Ivory to gain momentum on the lead, and consequently the win.

The most impressive win of the day though was saved until the final race as Thebannerkingrebel won the Betfred TV National Hunt Flat Race in dominant style.

Gavin Sheehan never had to look behind as his mount stormed to a 12 length win, though it could’ve been much more.

Warwick next race on Thursday, January 25.