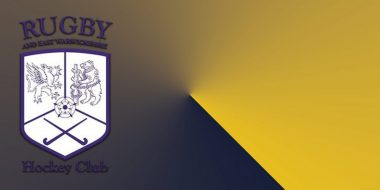 Rugby were a class above their rivals, with the goal fest helping make the trip up to Staffordshire more than worthwhile – Nicki Siarbawa grabbing a brace and Evie Phillips and Stacey Keeley also getting in on the act to cap a fine team performance.

After their third win this term in the Midlands Premier Division, Rugby stay fifth, but keep in touch with the top four ahead of a home encounter with bottom side North Notts on Saturday (noon).

The ladies second string were not quite so fortunate, going down by a single goal in a 1-0 reverse at home to the University of Warwick’s first team at Hart Field.

In a closely-fought affair, Rugby failed to make their dominance of possession count en route to a third defeat this term, keeping them ninth in Division One in the Warwickshire Women’s Hockey League.

They hope to recover and get their season back on track when hosting City of Birmingham Firsts (fourth) in Saturday’s meeting (1.30pm).

There was plenty of action as far as the men’s teams were concerned too in the Midland Men’s Hockey League, with the Seconds going down in a 6-2 thriller with Nottingham Trent University Firsts.

Chris Harding and Phil Dickinson were both on target for the visitors, but it was ultimately not enough to oust the joint Midlands Division Three leaders on the day.

Second-bottom Rugby host basement side Leek Seconds in a battle of the league strugglers on Saturday (2pm).

REW’s Thirds narrowly prevailed against Derby Firsts in East Midlands Division One, thanks to a double from Alex Salter and deflected strikes from Gaz Unett and Owen Armstrong, to earn a first win of the season.

Over in South East Division One, the inter-club battle between Rugby’s Fifths and Fourths was won by the former in a 3-0 victory at Rugby School.

Resuming their rivalry from last season at the top of the tree, the Fifths dealt a telling blow at this early stage of the campaign by handing a first defeat to the Fourths – both clubs going into the encounter unbeaten with 100 percent records.

The Fifths keep theirs to go three points clear at the top, thanks to Ed Thomas’ finish after an initial penalty shot was saved, adding to Charlie Morrison and Charlie Darbyshire strikes.

A scoreless draw gave Rugby’s Sixth team a first point of the season at home to Nuneaton Seconds in the tier below last weekend.

Rugby will feel aggrieved to have missed a number of chances, but climb off the bottom of the table to sit 11th, prior to Saturday’s (2pm) trip to Warwick Fourths (second).