CRICKET: LEAMINGTON’S push to avoid relegation from the First Division of the Birmingham Premier League was boosted by the arrival of Australian Hamish Kingston from Tasmania.

The 26-year-old arrived in England less than ten days ago, and his presence in the Leamington team has already helped them earn a confidence boosting win over mid-table side Tamworth on Saturday to lift the Spa side out of the relegation zone.

Described by himself as an all-rounder, Hamish uses the pleasant summer weather in England to escape winter in Tasmania – where he was raised a youngster – before planning to fly back home in late August for the start of the Australian cricket season in September.

Speaking to The Observer while coaching some of Leamington’s rising stars, Hamish said: “I first got into cricket as a kid when I went to watch my dad play. It all started from there.

“Tasmania has a population of just 515,000, and the majority of those people live in Hobart where competition is strong as there are very few teams.

“I progressed through the youth teams just like our youngsters at Leamington are doing before stepping up into senior teams and eventually playing in Australia’s Big Bash Cricket League.” 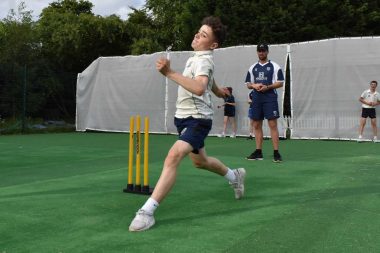 Playing among some of the world’s best players has helped develop Hamish’s game – and he’s hoping he can use his newly found cricketing knowledge to guide Leamington to Division One safety while helping the club’s junior teams.

He said: “I played with the Adelaide Strikers before joining Hobart where I’ve been based for the past season.

“It’s amazing to play with guys like Stuart Broad and Sangakkara. It’s a tough level of cricket.”

This year isn’t the first time the big hitter has travelled to play in England though after Hamish spent time playing in the Liverpool Premier League.

The spinner said: “Tasmania gets very cold in the winter so to come over to England and play cricket outdoors in the nicer weather is a bonus.

“I’ve enjoyed playing in Liverpool before so decided to come down to the Midlands where I’ve been made very welcome.

“The Leamington club has helped me out with lifts and getting me started.

“Saturday was a good win for us on a good wicket. I was a bit rusty but it’s good to blow out those cobwebs.” 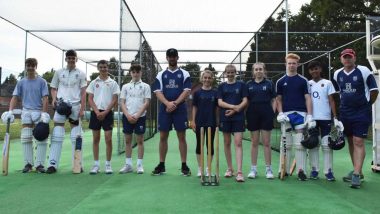 The Buzz is back for Bees fans