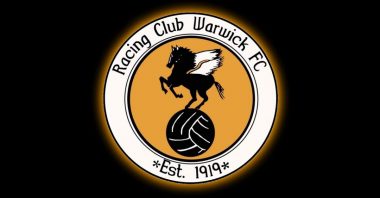 THE OUTCOME of Racing Club Warwick’s season is set to be decided by Monday’s address by Prime Minister Boris Johnson on the government’s exit plans from the third national lockdown.

Any decision to bring the curtain down on Steps Three to Six of the non-League ladder will be orchestrated by the Football Association, who have decided to delay taking any action until hearing of the latest government instruction on reducing lockdown restrictions.

While the outcome may be a negative one as far as Jason Pyott’s Racers returning to the pitch is concerned, a decision on continuing – or bringing to an immediate end – the current campaign will at least put a stop to the uncertainty that has surrounded the grassroots level of the game in the previous weeks and months.

It has also been revealed, per a Football Association statement, that any resolution to the 2020/21 season will take into consideration the action taken by the National League and National League North/South – at Step One and Two respectively – who have been voting on the outcome of their respective divisions.

There could be a situation, for example, whereby Racing Club’s season in the Midland League’s Premier Division continues, whilst local rivals Leamington in National League North abandon their campaign with immediate effect.

Should play resume for the Racers, a restart date of early March has been recommended, although this will again be impacted directly by the Prime Minister’s outlining of plans to bring the nation out of the current lockdown.

By way of comparison, Warwick had completed 22 fixtures at the beginning of March 2020 prior to the abandonment of the 2019/20 season, but have only played nine league matches this time around – statistics which offer little realistic hope of a full league programme being completed.