Robinson: We’ll stick to our beliefs 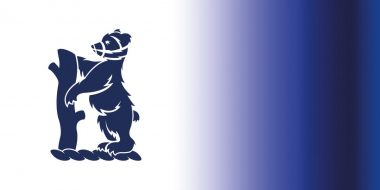 HEAD coach Mark Robinson believes Birmingham Bears must stick to their principles to have any chance of going far in this year’s Vitality Blast.

The 54-year-old, appointed in January, has had a couple of months to bed in and assess the situation at Edgbaston, where he will hope to replicate the incredible success he enjoyed at Sussex during a ten-year period between 2005 and 2015 and bring glory to Warwickshire in both Twenty20 cricket and across all formats.

To do just that, he believes a clear gameplan and vision for how the Bears want to play is needed. Stick to that and the rewards will follow, is very much the message he is circulating to his players heading into the summer.

“You have to have a blueprint of how you want to play, then we ask people to fill roles within that and, if they can’t, then somebody else will get their chance – it’s as simple as that,” said Robinson.

“What you are trying not to do is change how you go about playing, that’s the key, to actually hold your nerve as a captain and a coach and make it plain to the players what is expected of each role.

“Of course, players have the freedom to interpret the game as it goes along, but there is a blueprint to how you want to play as a team and once you decide that you’re halfway there.”

Robinson has been there and done it as far as playing and coaching is concerned, notably guiding Sussex to back-to-back County Championships in 2006 and 2007 and later coaching the England women’s national team to a World Cup final win over India in 2017.

Through that wealth of experience, he admits that it is not always easy to react to victories and defeats and says a balance must be struck to make a team tick and build momentum.

“When you are winning one and losing one, it’s difficult because you make changes which is sometimes not healthy,” Robinson continued.

“As with any sport, of course, you need a bit of luck sometimes.

“You need to get lucky with your formulas because the sooner you can settle with your batting order and bowling plan the better.”

With news that early bird tickets have now gone on sale for the Bears’ seven home games in the Blast, excitement continues to build week on week as the return of spectators to Edgbaston looms.

From fans, coaches and players alike, there is a shared thrill for the prospect of a vociferous atmosphere gracing the game once again – a view also clearly held by Robinson.

“There is a huge appetite for live sport and the atmosphere at Edgbaston for this year’s Blast could be amazing,” he added.

“People are just desperate to get out and watch live sport as soon as possible, I know I am, I just can’t get wait to get back into grounds and with a live audience.”