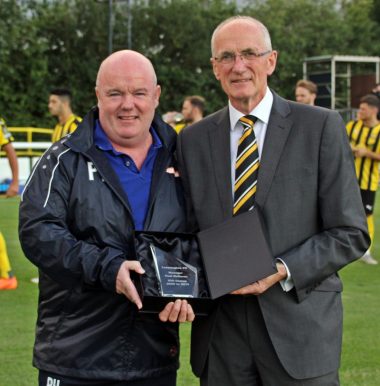 The second tier of non-League football was concluded immediately last week after the outcome of a league-wide vote at National League and National League North/South level became known – the former opting to keep playing while the latter two divisions brought the curtain down on the 2020/21 season.

Out of the 64 members across the three divisions, 46 clubs voted to decide on the outcome of their own respective seasons at Step One and Two.

While National League sides were clear in their intention to continue playing with a 70 per cent vote in favour of this option, National League North/South clubs were in direct opposition to this train of thought – achieving the 55 per cent majority required to curtail the campaign.

With the knock-on effects of these decisions, in regards to promotion and relegation to and from the National League and from Step Three, set to be thrashed out by the Football Association in the coming weeks, Scott points to a two-week break in play at the start of February as a key turning point.

“We believed the protocols and measures taken throughout the competition thus far had been satisfactory to ensure the safety and well-being of players, staff and volunteers and were something that we could maintain,” he said.

“But, during the recent two-week suspension of the league, a significant number of clubs within the National League North and South indicated they would refuse to play – until either COVID-19 testing was in place for all clubs or the outcome of funding from Sport England’s winter survival package was known – or both in some instances.

“This led to a significant loss of fixtures.

“It became clear that any future funding support to clubs would largely be in the form of loans with some grant funding available to clubs in the most critical need.

“Whilst we were extremely grateful to the National Lottery for the £10m cash injection to the National League which has allowed us to reach this point, it was also clear there was financial risk to ourselves and many other clubs in a resumption of the league.

“As it is, the club still has substantial financial obligations to meet for staff and players wages and operating costs, in the months ahead. We are extremely grateful to the players and staff who have agreed to assist in some cost-cutting measures.”

And, while Brakes will ultimately limit the financial damage incurred in the lead-up to the 2021/22 season, the Leamington chairman says the club would have accepted either resolution, adding: “If the result of the voting had been in favour of a continuation of the season we would have honoured the decision to play.

“This would of course have necessitated a further review of all options to ensure we did not place the club in financial jeopardy.

“The team’s management and playing staff have performed brilliantly, in arguably what was going to be our best performance ever since joining the National League system.”