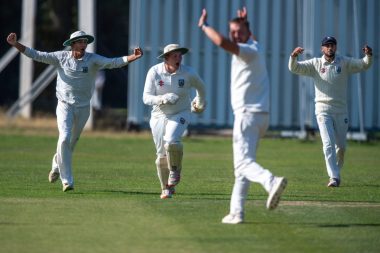 THE CLOSE-SEASON preparations of Leamington Spa are ramping up ahead of their return to life in Birmingham & District Premier Division One next month, with one in and one out of the door at Arlington Avenue.

With Perry Derrick’s three-year spell at the club coming to an end following his move to Premier Division Two side Dorridge, Spa have acted quickly to bring in a replacement in the form of Nathan Hooker – who returns to Leamington having departed for West of England Premier League Divison One club Cheltenham in 2018.

The transfer, recently approved by the league’s registration committee, makes it three additions in all for Spa – who also added all-rounder Steve Vaughan and Umar Siddiq earlier in the winter.

Spa and their rivals are awaiting the imminent arrival of their fixtures for the 2021 season, which is set to get underway on Saturday April 17.