Under champion jockey Richard Johnson, Ozzie the Oscar pulled back a significant lead which odds-on favourite Shantou Rock held throughout the large part of the two mile contest.

But turning into the straight, Johnson – who currently leads this season’s championship – gained ground on the long-time leader and drew level at the final fence.

A good landing helped the two-time champion drive out the determined six-year-old to win by two lengths.

Though the Skelton team were left disappointed with Shantou Rock’s run, they were rewarded just half an hour later when 12/1 chance One For Billy took the two mile handicap hurdle.

Jumping level with market leader Oxwich Bay and Inn The Bull at the final flight, jockey Harry Skelton earned his pay to win by half-a-length ahead of the favourite.

Wins were shared around throughout the afternoon. Odds on chance We Have A Dream won the opening race for Nicky Henderson and Daryl Jacob while Station Master earned Kim Bailey a Warwick winner in the second race of the afternoon. 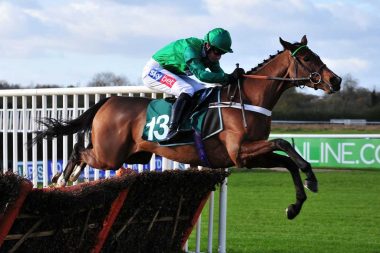 Meanwhile favourite backers were rewarded in the middle distance handicap chase when Jarlath won by a neck over Shanty Town.

Warwick next race on Wednesday, November 22, for its ‘Winter Warmer’ meeting.