Thousands of punters turn out for May Racing Carnival opener

HORSE RACING: THOUSANDS of punters turned out at Warwick Racecourse on Bank Holiday Monday for the first of three racedays at the course’s May Racing Carnival.

Now in its second year, the May Racing Carnival rounds off the national hunt season at Warwick following another successful year on track which saw the likes of Grand National winner One For Arthur and Neptune hero Willoughby Court take to the track.

With attendances still on the rise, punters made the most of the occasional sunshine and various attractions on site while seven races provided the entertainment across the card.

Alcester-based brothers Dan and Harry Skelton were once again in the thick of the action – saddling two winners on the afternoon.

Favourite Bedrock landed the spoils in the opening race at odds of 11/10 while Cobra De Mai took the third race by a huge 24 lengths. 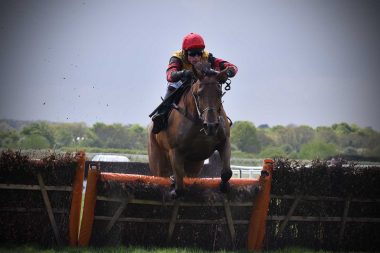 It provided jockey Harry with the perfect start to his 2017/18 season after earning himself 100 winners last season.

There were also a few upsets on the card, in particular during the second race as Jamie Moore teamed up with trainer Ian Williams to land the Mares’ Maiden Hurdle on Rebel Yeats at 50/1.

Attest was another big priced winner later on in the card as Harry Bannister fought off a fierce challenge from Hill Fort and favourite Ashoka to win the sixth race of the afternoon, a competitive handicap hurdle. 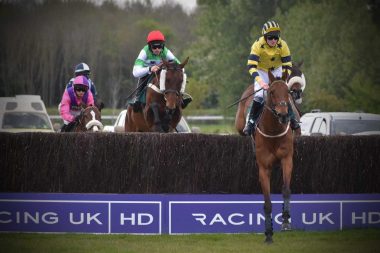 Bridget Andrews rode Goodnight Charlie into the winners’ enclosure for the fourth race despite hanging violently left in the closing stages.

Andrews’ mount – known for racing well right-handed – dramatically made a move for the far-side rail up the run in. However Andrews kept the keen seven-year-old together to win by six lengths.

The concluding race was won by Market Road at 10/1 under a confident ride from Conor Ring for trainer Evan Williams.

The second instalment of the May Racing Carnival takes place a week on Saturday for the ‘Think Pink’ Ladies’ race night.

Racing gets underway at 5.30pm with the final race starting at 8.30pm. Visit www.warwick.thejockeyclub.co.uk for more information and tickets.