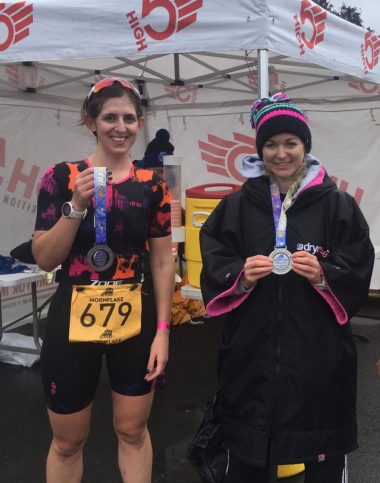 From left to right: Verity and Helene. Picture by Sandra Stokes.

ROYAL Leamington Spa Cycling Club soldiered on despite the best efforts of Storm Alex to cause disruption during the Warwickshire Sprint Triathlon.

Both Verity Atkins and Helene Wright turned out for RLSCC at Stratford Leisure Centre, with the duo being rewarded for their endeavour after registering finishes inside the top-ten fastest women.

Atkins ranked sixth in a 1:06:38 time, while Wright claimed ninth place in 1:08:21 to scoop gold and silver positions in their age groups respectively.

Turner next through the door as Brakes bolster forward options further