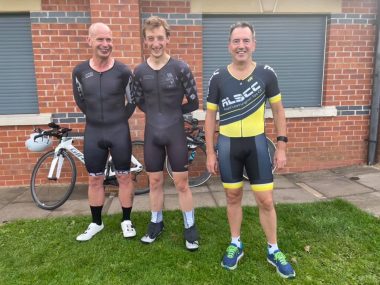 A PODIUM place was secured by Chris Spencer in Royal Leamington Spa Cycling Club colours to lay the foundation for a team medal, in the annual Eileen Sheridan open time trial event.

The race, held and named in honour of Coventry Cycling Club’s 97-year-old president, featured three Spa competitors in all – with Chris McAteer and Ian Stones also following the lead of their teammate.

As a consequence of the trio’s combined time of one hour, six minutes and 55 seconds, the team ranked second to scoop further silverware after finishing narrowly behind Beacon Roads Cycling Club’s 1:05:38 aggregate score.