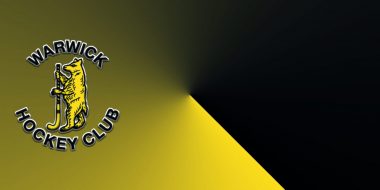 WARWICK Fourths recorded back-to-back wins for the first time this campaign after seeing off Atherstone Adders Thirds at Aylesford School.

Dave Lomas put in a man-of-the-match display during the 4-3 triumph, with teammates Luca Cardellino, Ian Best, Dom Simpson and Baz Holton all on target during the South East Division Two clash in the Midland Men’s Hockey League.

A trip to Khalsa Leamington Fifths, who are seventh, is now next up on the agenda for third-placed Warwick on Saturday (11.30am).

Elsewhere, Warwick’s women’s second string went down to a fourth-successive defeat in a 2-0 reverse to Atherstone Firsts.

The result means Warwick remain one of only two sides still winless in Division One of the Warwickshire Womens Hockey League – joining Edgbaston Seconds in sharing the unwanted accolade.

Warwick paid the price for a slow start when going behind, though their play after the deadlock was broken provided plenty of promise.

But when a defensive lapse in the second half was punished by Atherstone for the visitors’ second goal, it was effectively game over as Warwick had little left to offer in resistance.

A trip to Coventry & North Warwickshire Firsts now awaits a week on Saturday, October 31 (11.45am).

Warwick are always on the lookout for new players, and invite anyone interested to contact the club at contactus@warwickhockey.co.uk