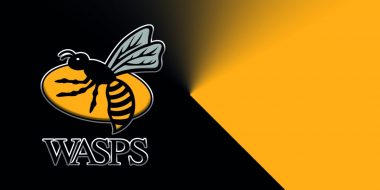 THE CORE crux of Wasps Rugby’s coaching team have been retained prior to the forthcoming Gallagher Premiership season getting underway.

It proves a show of trust in 37-year-old Blackett, who was only given the full-time job as head coach in April – following a spell as interim in the two months prior – but enjoyed great success with 12 wins in his 15 games in charge that culminated in a Premiership Final appearance.

While that particular showpiece ended in a 19-13 defeat to Exeter Chiefs last month, Blackett’s side have shown plenty of promise for the future and will clearly now be looking at the long-term picture on the back of the contract extensions.

Speaking on the deal, the Wasps’ chief feels there is plenty to be excited about for the future – in spite of fans still not being permitted entry into matches.

“I am delighted to have agreed a new contract with the Club and that we will continue working together as a coaching team for the foreseeable future,” Blackett said.

“These have been challenging times for everybody, and I’m really proud of the way that the coaches and staff have stepped up during this period.

“We are working hard to develop a brand of winning rugby that gets supporters off their seats and having a nucleus of motivated and passionate coaches is key to achieving this.

“We showed glimpses of our true potential last season and it’s brilliant that we have been able to retain our coaching team so we have a strong base and can plan for the next few years with a level of certainty.

“We are fully focused on preparing for the new season and fulfilling the potential this squad has.”

Those sentiments were supported by Wasps Group CEO Stephen Vaughan, who added: “Stability is key to laying the foundations for success which is why these contract extensions are so important.

“These are exciting times for everybody connected with Wasps, and we can’t wait to get going again with the new season.”