A COMPANY director who has welcomed a family of Ukrainian refugees into his South Warwickshire home is appealing for donations to aid their financial situation.

Martin Holton, who runs car dealership Country Car Barford, has given sanctuary to a family- , three women two of which sisters and their six children, ranging from 14 to four-years-old – who fled their homeland in the wake of the Russian invasion.

They were stuck in Poland for five weeks waiting for their visa applications to be approved, forcing them to spend all the money they had on food and accommodation.

Once the visas were granted, Martin used his own money to get the refugees to safety, and is now appealing for donations for the family. 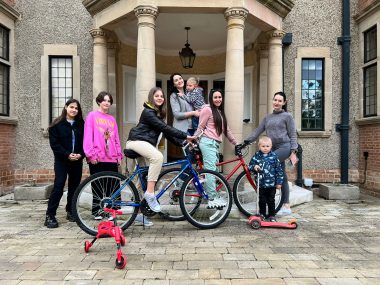 Martin, said: “We applied for the visas the first day they were online, but it took five weeks for them to eventually be granted.

“As soon as we were able we booked them onto a flight and got them safely to my house.

“I’m giving all the money for the sponsorship to the family, and any money we raise will go directly to them.”

“They’ve been settling in well considering what they’ve gone through.”

Martin was determined to help as soon he saw the horrific images on the news of the desperate plight of Ukrainians fleeing the Russian invaders.

He has worked with the Ukraine Embassy in London and Coventry Refugee and Migrant Centre to place refugees with him at his home near Leamington.

And along with his team at the garage, he has also started an aid collection to help Ukrainians who have been unable to escape.

He told The Observer: “I just felt I needed to do something however small, they need as much help as they can get from everyone. 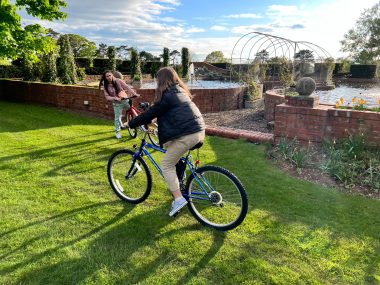 “I’ve already made one drop to Ukraine, and we’re still taking donations.”

The team is asking for specific items including non-perishable food, generators and medical equipment.

Martin added: “The team have been amazing, especially Helen Aris, she helped with all the visa applications. We couldn’t have done it without her help.”