Survey finds pupils worried about returning to school after lockdown

More than a third of young people are worried about returning to school after lockdown amid fears of bullying, a survey has found. 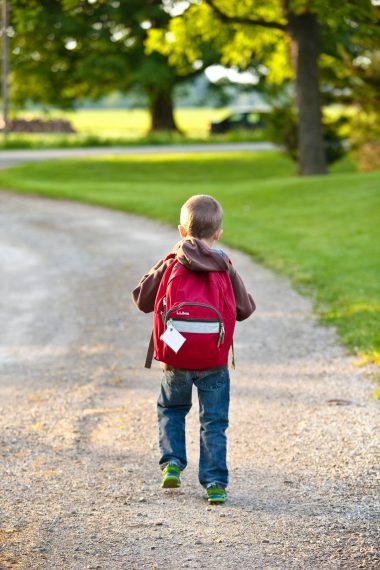 A poll commissioned by the Diana Award youth charity and Nationwide Building Society found that one in three (33%) parents felt their child will struggle to integrate with others when they go back to school and 34% of pupils said they were more worried than usual about returning because of lockdown.

The survey of 1,000 parents and 1,000 young people, aged six to 16, comes as many schools welcome back pupils from today for the first time since March.

More than half (51%) of young people surveyed said they had previously been worried about going back to school after a holiday because of bullying, with 46% revealing they had been bullied.  Some 45% of parents also said the coronavirus lockdown had “negatively impacted” their child.

The survey was carried out ahead of the Diana Award’s virtual “anti-bullying assembly” which will be shown in primary school classrooms and homes on September 28.

Celebrities, including singer and television personality Peter Andre and BBC Blue Peter presenter Richie Driss, will share their own experiences of bullying as part of the event.

Andre said: “Being called names was one thing and very hard to deal with as a kid, but it turned to violence where the kids would tie me up to the fence at school and take turns throwing stones to see which one would hit me in the head. It was a really horrific time.”

The virtual event will mark a three-year partnership between the Diana Award – which was set up in memory of Diana, Princess of Wales – and Nationwide to train more than 10,000 young people to become anti-bullying ambassadors in UK primary schools.

Alex Holmes, deputy chief executive officer of the Diana Award, said: “Returning to school after lockdown will be unprecedented for 10 million young people this September.

“It’s more important than ever to ensure school is safe and free from harmful bullying behaviour.”

There are some useful resources and advice for children facing bullying at school on the National Bullying Helpline: www.nationalbullyinghelpline.co.uk.

If your child is worried about going back to school this week, read our feature with Clinical Psychologist Dr Anna Colton.  She explains how many children are stressed about returning to the classroom for all sorts of reasons and advises parents to go through each worry with them one by one. You can find a copy of the article by clicking here.

Carpenters get sawing and planing to help Ukrainian refugees