THE UNIVERSITY of Warwick’s finance director and a professor of midwifery at Warwick Medical School have each been awarded an OBE in the Queen’s Birthday honours list.

Rosemary Drinkwater is to receive an OBE for services to Higher Education, Innovation and Enterprise in the West Midlands for her innovative work.

And Debra Bick, who was appointed Professor of Clinical Trials in Maternal Health at the University of Warwick last year, has been knighted ‘for services to midwifery’.

Rosemary is Group Finance Director at the University of Warwick where she has worked since 1993.  She is also a Trustee of the WMG Academy for Young Engineers, which has a school in Solihull and another in Coventry and a member of the Coventry City of Culture Audit, Finance and Risk committee.

The mother-of-three, who lives with her husband Andrew Goodwin and children, Caroline, James and Alex, in Balsall Common, said: “This is  a team award for the amazing colleagues, family and friends who have supported me over the last 27 years, and in particular WMG’s founder, the late Lord Bhattacharyya, who was a significant driving force in my career.”

Rosemary works extensively with Warwick Manufacturing Group founded by Lord Bhattacharyya 40 ago and has worked on the National Automotive Innovation Centre project since its inception in 2011.

“She played a significant role in the establishment of the National Automotive Innovation Centre here on the University of Warwick campus, further enhancing Coventry’s role as a UK motor city. She is a trustee of the WMG Academy for Young Engineers with schools in Coventry and Solihull, and she also serves on the Coventry City of Culture’s Audit, Finance and Risk committee, just to name a few of many ways she has served Coventry, Warwickshire and the West Midlands.”

In 2019 Professor Bick took up her post at Warwick Medical School based at the university, where she now leads maternity research and develop new trials and studies to improve postnatal care and maternal health, working closely with clinical colleagues at University Hospitals Coventry and Warwickshire. 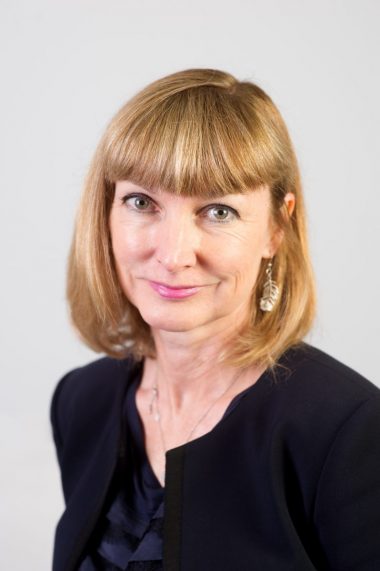 She said: “I was delighted to have been recognised in the Queen’s Birthday Honours for my services to midwifery.

“It’s been a very difficult year, particularly for those providing frontline healthcare services, so I feel even more honoured that this award recognises the importance of midwifery.

“Midwives can and do make such a huge difference to women’s experiences of birth and much of my research to date has informed how we can enable women to have better physical and mental health after giving birth.

“I’ve had some fantastic mentors and colleagues along the way and this is a credit to the support they, together with my family and friends, have offered me in my career. I’m also delighted that this award will show the importance of the clinical trials we lead here at Warwick, including in maternity care, which are so important to patients, clinicians and wider NHS.”

Professor Sudhesh Kumar, the Dean of Warwick Medical School, said: “This well-deserved honour acknowledges that Professor Debra Bick’s vital research work  on academic midwifery research, maternal health, maternity research and postnatal care. It has been invaluable not just to colleagues, students, and health  professionals here at Warwick Medical School and the  University Hospitals Coventry and Warwickshire, it has made a significant contribution to improving postnatal care and maternal health across the UK and beyond.”

Before turning to medicine, Professor Bick graduated with a history degree. She then completed her nurse and midwifery training in Birmingham, and following the birth of twin daughters embarked on a masters and phD at the University of Birmingham. Her research involved a multi-centre trial comparing outcomes of a traditional epidural block in labour with outcomes of ‘mobile’ epidurals which enable women to walk during labour. It found that women, who had mobile epidurals were more likely to have a normal birth, and changed clinical practice. She enjoyed research so much that her ‘secondment’ lasted for ten years!

She spent two years at The Royal College of Nursing Institute in Oxford and was then appointed Professor of Midwifery at the University of West London in 2003 where she continued to develop and lead postnatal research. Appointed as Professor of Evidence Based Midwifery at King’s College London (KCL) in 2008, Professor Bick led a programme of studies on topics including breastfeeding among women who had more complex pregnancies, support for postnatal weight management and maternal recovery following hypertensive disorders of pregnancy.

Alongside her research, she has supervised many PhD and MSc students, contributed to clinical teaching, is an honorary professor at KCL and Birmingham, a member of several UK research funding committees and NHS policy advisory groups, and editor in chief of the journal ‘Midwifery’. She was recently appointed as Deputy Pro Dean for Research for Warwick Medical School.

New signage in Leamington ahead of the Birmingham 2022 Commonwealth Games